In celebration of a World Cup well won, we’re taking a look at some of our favourite French designers.

The name, Charles-Édouard Jeanneret-Gris, or as he was better known, Le Corbusier, is still synonymous with some of the best designs and buildings in the business.

Born in 1887, Charles-Édouard Jeanneret-Gris is widely regarded as the most influential architect of the 20th century and described as one of the pioneers of modern architecture. From private villas to mass social housing projects, his radical ideas, designs, and writings presented a whole-scale reinvention not only of individual structures but of entire concepts of modern living.

Growing up in north-western Switzerland, only three miles from the French Border, Jeanneret-Gris studied visual arts and watch engraving at the La-Chaux-de-Fonds Art School where two of his teachers, Charles L’Eplattenier and Rene Chapallaz, had a big influence on him and his early architectural designs.

After his studies, Jeanneret-Gris travelled throughout Europe and started working for the renowned architect Peter Beherens near Berlin. This was also where he reportedly met other influential designers, Ludwig Mies van der Rohe and Walter Gropius.

During this time his sojourns took him to the Charterhouse of the Valley of Ema, a 14th-century Carthusian monastery, which had a profound influence on his designs for the rest of his life. Jeanneret-Gris held the architectural philosophy that every person should have the opportunity to live as beautifully and peacefully as the monks he observed during his time at the sanctuary.

In 1920, very fashionable among young artists in Paris especially, Jeanneret-Gris decided to use the pseudonym Le Corbusier (a manifestation of his grandfather’s name) to reinforce his beliefs that anyone can reinvent themselves.

Le Corbusier famously said “chairs are architecture, sofas are bourgeois”, and in 1928 began experimenting with furniture in all earnest. He invited the architect Charlotte Pierrand (after first rejecting her request for working for him by saying they “don’t embroider cushions” there) to collaborate on furniture projects with him and his cousin, Pierre Jeanneret. They began by putting into practice the expectations for furniture that Le Corbusier wrote about in 1925 in his book  L’Art Décoratif d’aujourd’hui. In this book, Le Corbusier described three types of furniture: type-needs, type-furniture, and human-limb objects. The latter he described as follows:

Extensions of our limbs and adapted to human functions that are type-needs and type-functions, therefore type-objects and type-furniture. The human-limb object is a docile servant. A good servant is discreet and self-effacing in order to leave his master free. Certainly, works of art are tools, beautiful tools. And long live the good taste manifested by choice, subtlety, proportion, and harmony.

Have a look at some of his classic designs: 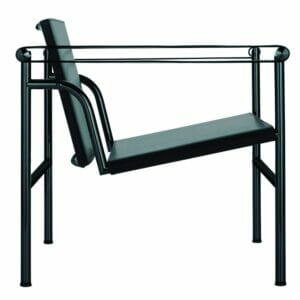 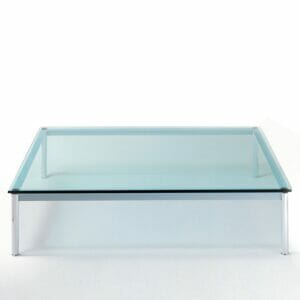 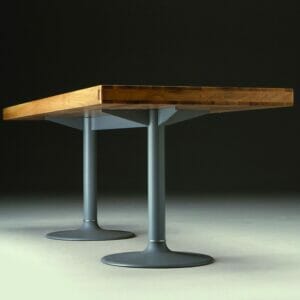 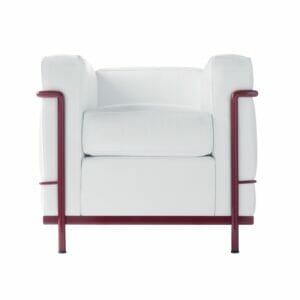 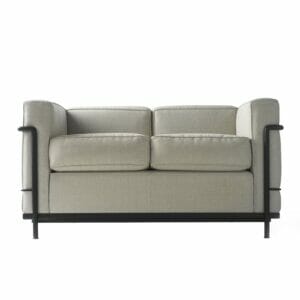 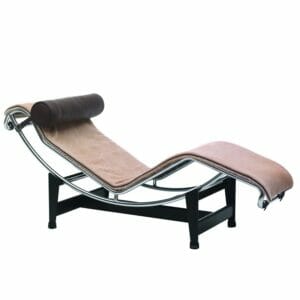 “The best everyday example of relativity, the finest symptom of human intelligence, is humour. (…) Design without humour is not human. The word ‘beautiful’ does not mean anything. Only coherence counts. An object, design or not, is primarily an object that meets the parameters of human intelligence, which reconciles opposites. The lack of humour is the definition of vulgarity. “

The man behind this fiercely philosophical quote is none other than the larger than life, superstar designer Philippe Starck. And because of his very eloquent – and sometimes circumlocutions – quotes and the fact that he’s made the meanest lemon squeezer we’ve ever seen, we’ve decided to make him our designer of the month! Oh, and he also celebrates his 66th birthday this month…

The name Philippe Starck is synonymous with iconoclastic industrial- and democratic design, but this French-born designer describes his duty as a designer as, “subversive, ethical, ecological, political” and above all, “fun”.

Born to an aeronautical engineer father on January 18, 1949, Philippe was, at a young age, introduced to drawing and design. Taking to it like a fish in water (he did after all retort that he has scales on his back and webbed fingers when the Apple founder Steve jobs asked him if he’ll know how to design a yacht for him back in 2007…) the Parisian Philippe Starck later on studied at the École Camondo in Paris and quickly rose to prominence after founding his first industrial design company, Starck Product, which he later renamed Ubik.

Soon after, Starck began working with manufacturing giants, Alessi, Drimmer and Vitra and produced designs ranging from sofas to lamps and electric cars to micro wind turbines. Sure enough, the accolades and awards started rolling in and among the more or less 122 awards and decorations Mr Starck has palmed in over the last three decades is the prestigious Grand Prix National of the Crèation Industrielle in 1988 and the Honor Award of the American Institute of Architects in 1992.

The solutions provided by his dreams are so vital, so essential that he was the first designer, and Frenchman, to be invited to the legendary TED (Technology, Entertainment & Design) conferences, talks that bring together such illustrious speakers as Bill Clinton and Richard Branson.

Think of Philippe Starck as a real-life Tony Stark… 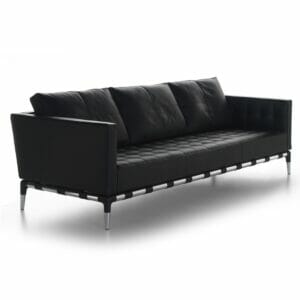 Generally speaking, being accused of having your head in the clouds is not the adjectival phrase most would want to hear as a description of their disposition. But then again, this might be exactly where your head needs to be and qualify as high praise – especially if your name is Jean-Marie Massaud and you are designing flying hotels that look like whales…

Jean-Marie Massaud was born in the city of Toulouse, southern France, in 1966. After school the young Massaud chose to study at Les Ateliers, Ecole Nationale Supérieure de Création Industrielle where he graduated in 1990. After a short stint in Hong Kong, working on mass production design, and a couple of high profile collaborations, Jean-Marie took the plunge and opened his own design studio in the capital where he has immersed himself in the world of furniture and industrial design.

His contextual approach to design centres on research into the essential, within which the individual remains the centre of attention with the three cornerstones being: individual and collective fulfilment, economic and industrial efficiency, and environmental concerns.

This ethos has brought him to collaborate with the likes of Cassina, Poltrona Frau, Cappellini, Cacharel, Lancôme, Toyota and Yamaha Offshore.

From 2007 the awards start tumbling in and by 2008 he came up with the concept (in partnership with ONERA, the French National Aerospace Research body) of building a hotel in the shape of a giant whale…that flies. Dubbed Manned Cloud, this Phoenix could carry up to forty guests and travel at a speed of 170 km/h for up to 5000km!

Have a look below at some of Jean-Marie Massaud’s designs: 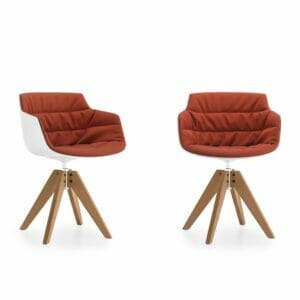 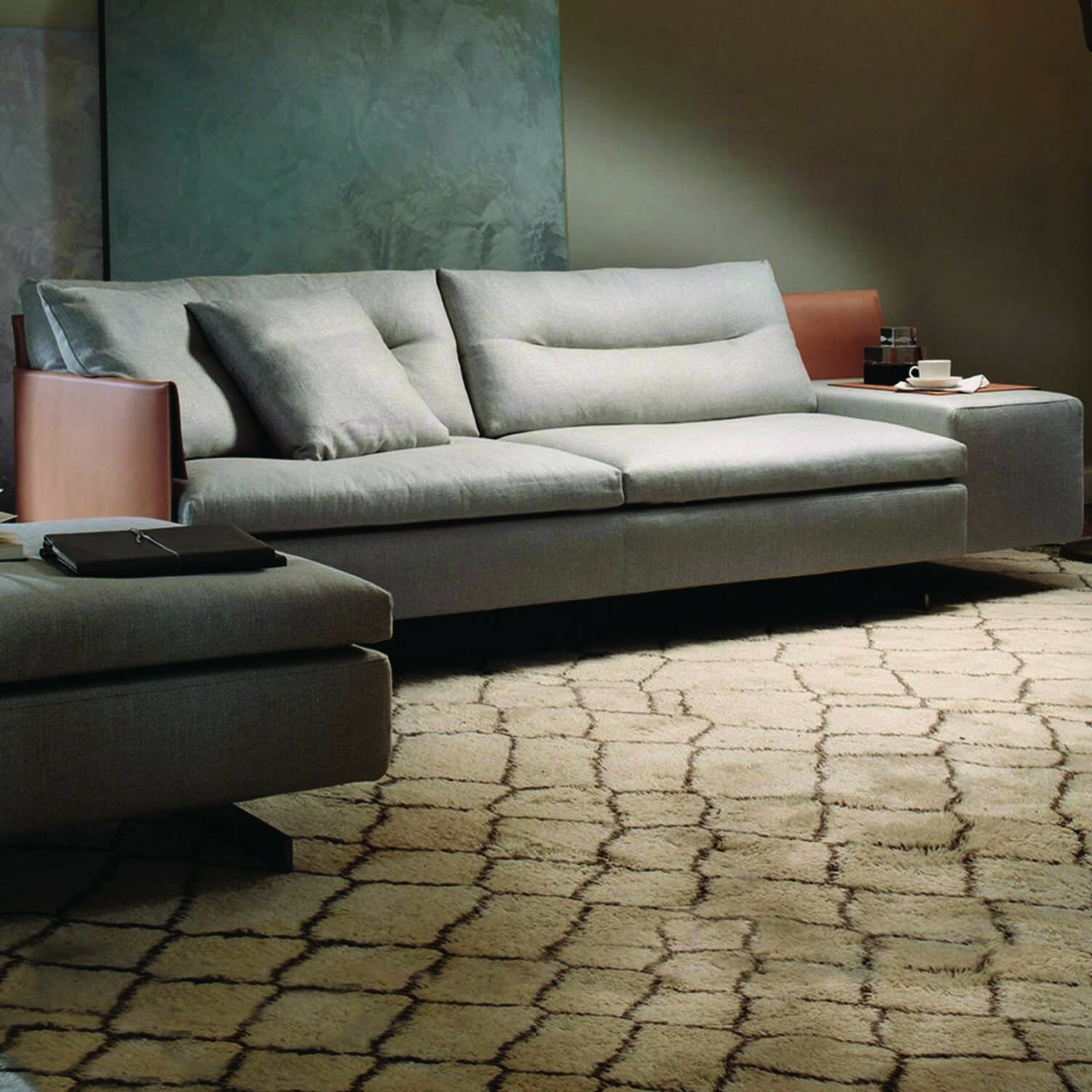 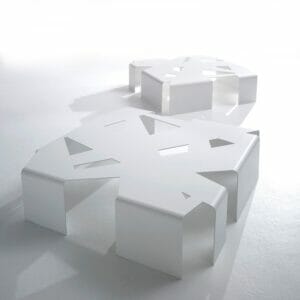 High Back Sofas Gives You Privacy Amongst The Bustle