Ask anyone to name some heavyweight designers and the name Le Corbusier is sure to be uttered alongside the likes of Mies van der Rohe, Charles and Ray Eames, Harry Bertoia and Frank Gehry.

He is, however, even more renowned as an architect.

Over the weekend, Le Corbusier would have celebrated his 130th birthday, which is why we’re looking back at some of his remarkable achievements.

Born in the small Swiss city of La Chaux-de-Fonds, Charles-Édouard Jeanneret-Gris – better known by his pseudonym Le Corbusier (October 6, 1887 – August 27, 1965) – is widely regarded as the most important architect of the 20th century. Dedicated to providing better living conditions for city-dwellers in over-crowded cities, Le Corbusier designed buildings in Europe, Japan, India, and North and South America. 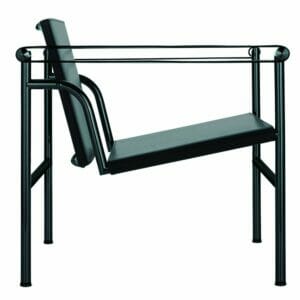 And to underpin his monumental contribution to architecture, the UN Education, Scientific and Cultural Organization (commonly referred to as UNESCO) named no less than 17 of his projects – across seven different countries – to their list of world heritage sites on July 17, 2016

UNESCO chooses these sites for their particular cultural or physical significance and adding the revolutionary Modernist’s buildings to this list will help protect and preserve them for future generations. UNESCO chose Le Corbusier‘s projects because of their “[reflection of] the solutions that the Modern Movement sought to apply during the 20th century to the challenges of inventing new architectural techniques to respond to the needs of society.” 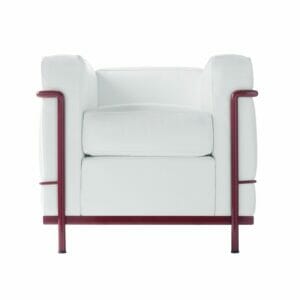 He was of the opinion that furniture should be made of affordable and readily available materials that could be mass-produced, and in 1928, after inviting Charlotte Perriand to work in his studio, he released his first line of furniture. With this line he started putting into practice the theories he wrote about in his 1925 book L’Art Décoratif d’aujourd’hui.

He defined human-limb objects as: “Extensions of our limbs and adapted to human functions that are type-needs and type-functions, therefore type-objects and type-furniture. The human-limb object is a docile servant. A good servant is discreet and self-effacing in order to leave his master free. Certainly, works of art are tools, beautiful tools. And long live the good taste manifested by choice, subtlety, proportion, and harmony”.

VIA57™ Easy Chair by Bjarke Ingels